Join us for an evening of food and drink and spectacular views of the city, mountains and ocean from the top floor of the Hyatt Regency Hotel.

Venture to the vibrant cultural hub of the city located in East Vancouver. We will provide you with transit tokens to and from Commercial Drive, a map of the many restaurants and pubs to visit, and a venue (the Grandview Legion) for drinks, karaoke, and dancing.

Take the Skytrain to the “Drive”:

Choose to eat and drink from dozens of great bars, cafes, and restaurants:

And see you at the Grandview Legion for Karaoke and drinks from 7pm-11pm:

Restaurants with reservations as well as suggested locations for drop-in lunch.

Appies and drinks at the Rogue Kitchen and Wetbar and a Gastown Pub Crawl.

Take a walk to the Rogue from the hotel:

When you’re done at the Rogue, join your colleagues for a pub crawl or go to a restaurant for a late dinner:

Other things to do in Vancouver

Vancouver is a very walkable city and the downtown hotels and conference sites are in close proximity to the beach, restaurants, pubs, art galleries, and shopping. Celebrity sightings are not uncommon, and high fiving is encouraged. Affordable bike rentals can be found at Simon’s Bike Shop downtown.

Getting around Vancouver is made easy by the vast network of buses, trolleys, seabus and SkyTrain stations that provide transport to and from downtown Vancouver and popular tourist destinations throughout Metro Vancouver. Scheduling and fare information is provided by Translink. 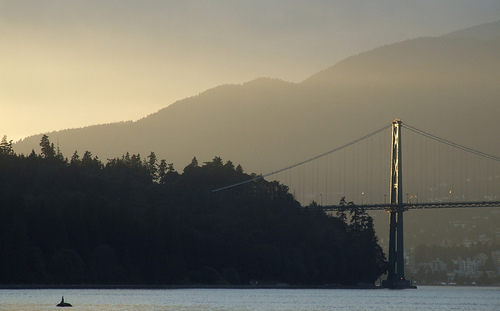 Stanley Park and the Lions Gate Bridge
Image by uncle_buddha

Located on the wild we(s)t coast, we can’t predict what the weather will be like next year. This year, fall was crisp and sunny. Last year it was foggy and rainy. Next year? Who’s to say? Average temperature during the month of October is14C/68F.

Vancouver has an outstanding selection of restaurants to suit all tastes and cravings. Sushi is the fast-food of choice in this city, serving the freshest fish available. There’s also a wide variety of Chinese, Thai, South Asian, French, Italian, Greek, and West Coast cuisine. Vancouver’s Restaurant Awards 2010selects the best restaurants by type of cuisine, formal or casual, small or big plates, and bar/lounge establishments.

There is no shortage of fresh, on-tap beers in Vancouver. In Gastown alone, you can find 25-tap selection of the best beers BC microbreweries have to offer at the Alibi Room. Fresh microbrews galore at Steamworks and Yaletown Brewpubs. BC wines, cheeses, and charcuterie at the Salt Tasting Room in historic Gastown. Also Irish Heather Long Table: 50 people, 40 ft. communal table, dinner and a beer for $15. 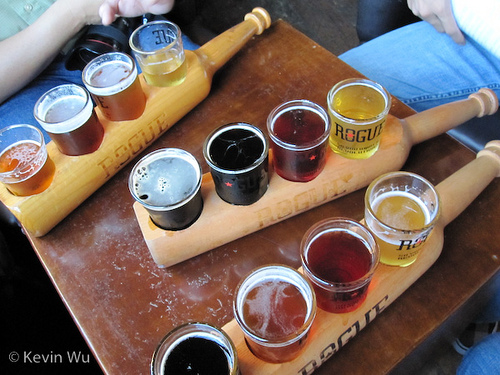 Beer samplers at the Alibi Room
Image by kwazy

Underneath the Granville Street Bridge, Granville Island features an open market with fresh produce, baked goods, meats, and seafood. The rest of the island features local artisan shops such as ceramics, jewellery, clothing, fine woodwork, and more. Other major tenants of the island include Emily Carr University  of Art + Design, Arts Club Theatre, and many restaurants and coffee shops. 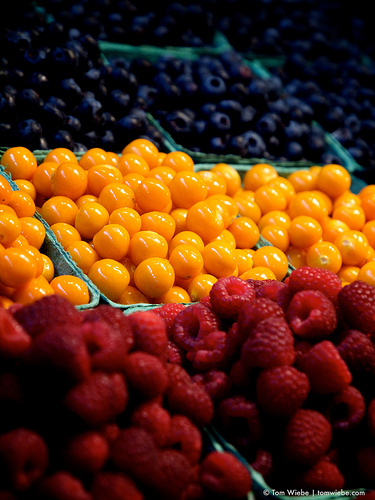 Walking, jogging, cycling and inline skating along the 22km seawall that lines Vancouver’s waterfront from Coal Harbour, around Stanley Park and False Creek, past Granville Island and ending at Kitsilano Beach Park is the most popular recreational activity in Vancouver. It easily accessed from downtown by foot or transit. 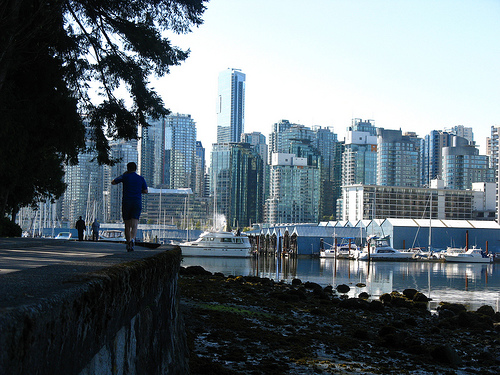 Robson Street is a major shopping centre in the heart of downtown Vancouver. This is the place to go for clothing and shoe stores for men and women! Includes well-known retailers such as BCBG Maxazria, Banana Republic, Roots, A/X Armani Exchange, American Outfitters, Guess, and the Gap. The Vancouver Art Gallery, which has a large collection of both historical and contemporary art, is on this shopping strip. 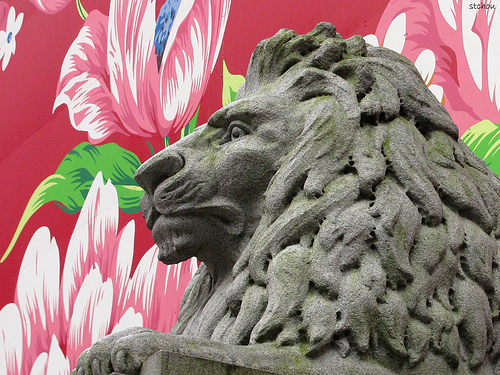 Outside the Vancouver Art Gallery
Image by StevesC 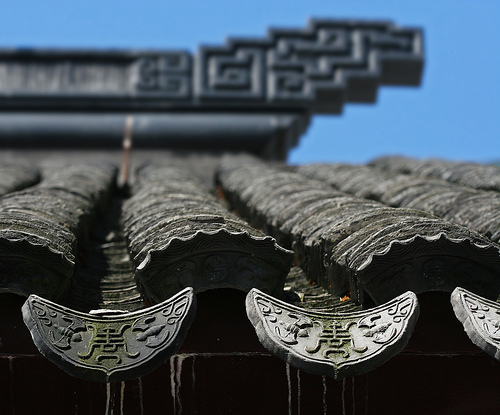 Yaletown is Vancouver’s upscale renovated warehouse district. It is an easy walk from the centre of downtown Vancouver. It features top fashion and design shops, as well as well as some of Vancouver’s most highly rated restaurants including Blue Water Cafe + Raw Bar and Cioppino’s Mediterranean Grill & Enoteca. 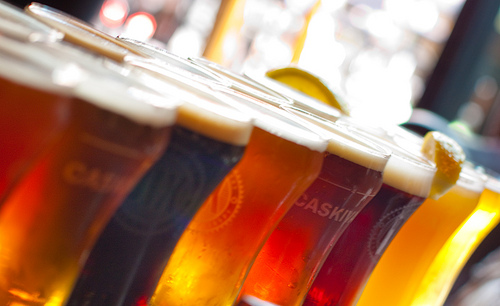 Flight of beer at Yaletown Pub
Image by Skye Chilton